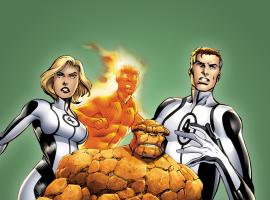 After being exposed to cosmic rays, Reed Richards, Susan Storm, Ben Grimm and Johnny Storm found they had amazing new powers. Reed Richards found he has the ability to stretch his body in any way he wanted, while Susan Storm can turn herself, objects and other people invisible. Ben Grimm transformed into a rocky, super-strong behemoth and Johnny Storm has the ability to set himself on fire. Dubbed the Fantastic Four, Mr. Fantastic, Invisible Woman, Thing and the Human Torch are Marvel's First Family.